The Federal Reserve System has released their “July 2020 Senior Loan Officer Opinion Survey on Bank Lending Practices” report (1), which addresses the changes in the standards and terms on, and demand for, bank loans to business and households.

Respondent Institutions have indicated that while some have tightened or simply adhered to their Institutions stated credit standards, they have experienced weaker demand for C&I loans from the large to middle market segment ($50MM or greater) borrower space, with a trailing lessened demand from smaller organizations ($50MM or less) as well. Banks have tightened standards and reported weaker demand across all three major commercial real estate (CRE) loan categories—construction and land development loans, non-farm nonresidential loans, and multifamily loans—over the second quarter of 2020.

Respondent Institutions indicated the weaker demand for C&I lending could be attributed to (a) tightened lending standards, (b) deterioration in the bank’s current or expected capital position, (c) decreased liquidity in the secondary market for C&I loans, (d) and increased concerns about the effects of legislative changes, supervisory actions, or changes in accounting standards.

Respondents reporting for Foreign Branches have indicated that less demand for C&I within 3Q19 from previous quarters, while FBO’s have also reported a tightening of their lending standards.

Tightened standards echo the rationale that domestic lenders shared, with the addition of decreased liquidity in the secondary market as playing a factor in their lending standards.

CRE loans from both domestic and foreign banks have reported that the current levels of their credit standards for all major categories of these loans are at the relatively tighter ends of the ranges that have prevailed since 2005 on balance.  Domestic and foreign banks reported being at the tighter ends now compared with the July 2019 survey across CRE loan categories.

Banks have reported that, on net, their current levels of lending standards for all categories of C&I loans are at the tighter ends of their respective ranges since 2005. 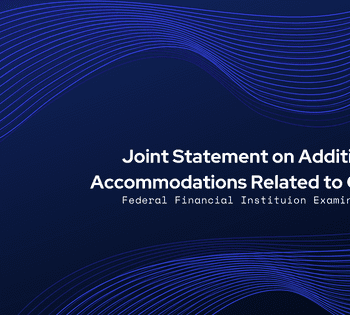